Enattica Syntagma Living is located in the center of Athens, just some steps away from Syntagma Square, and is an ideal base for exploring Athens and its picturesque areas within a short distance from the accommodation.

The historical center of Athens is ideal for walks through its narrow and picturesque alleys and for wandering around the Ancient Agora admiring the Acropolis rock and the imposing Parthenon, a monument of unparalleled aesthetics and architecture.

Plaka is one of the city's most popular districts that stretches at the foot of the Acropolis and is ideal for morning and afternoon walks. Going up to the northern part, you will find Anafiotika, a picturesque Cycladic neighborhood named after builders, residents of Anafi island who were looking for a place to build their settlement. Mnisikleous Street, with the famous steps, challenge you to enjoy both your coffee and food for all hours to accompany your ouzo or wine. 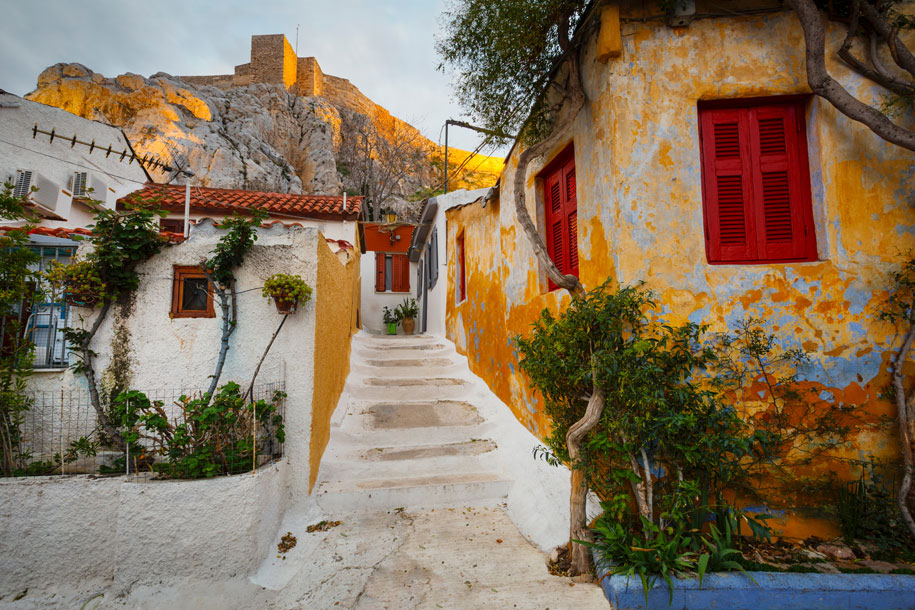 In the central square of Monastiraki, you will grab a coffee and continue your walk in the flea market, where you can buy clothes, books, and food.

The pedestrian street of Areopagitou and Thiseio embrace the Acropolis rock and is one of the most famous streets of Athens, bringing visitors imaginably to an older Athens. You can stop at the countless cafes and restaurants in the area to enjoy your coffee or dine overlooking the exquisite Parthenon. 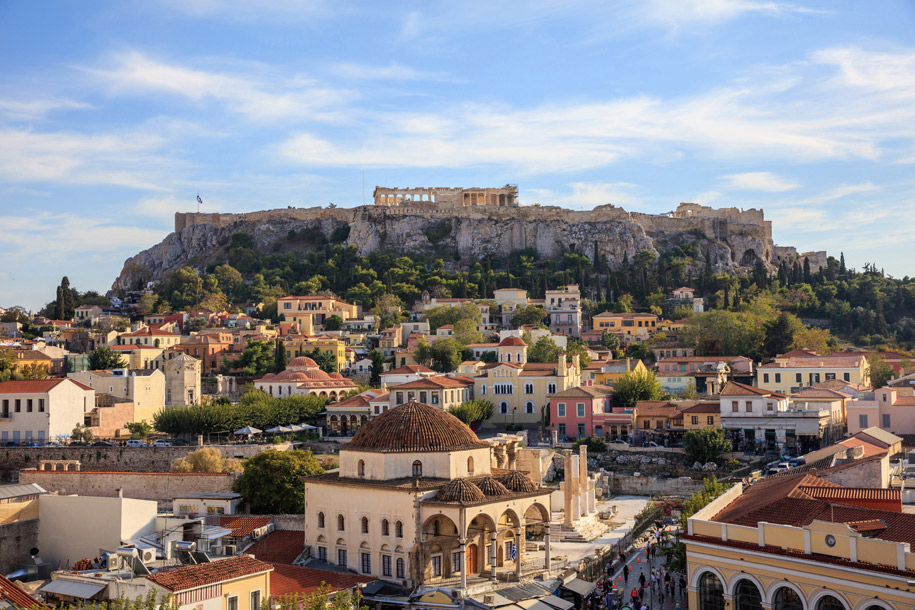 Do not miss a visit to the Acropolis Museum. Located on the pedestrian street of Areopagitou, a modern museum with fascinating exhibitions, a real treasure trove of cultural heritage, where finds from the archaeological site of the Acropolis of Athens are hosted.

You can choose one of the guided tours offered in the museum for more in-depth knowledge of the findings and exhibitions. After the end of your tour, a visit to the museum's rooftop, the cafe-restaurant, overlooking the unique Parthenon on the Acropolis, is a must. 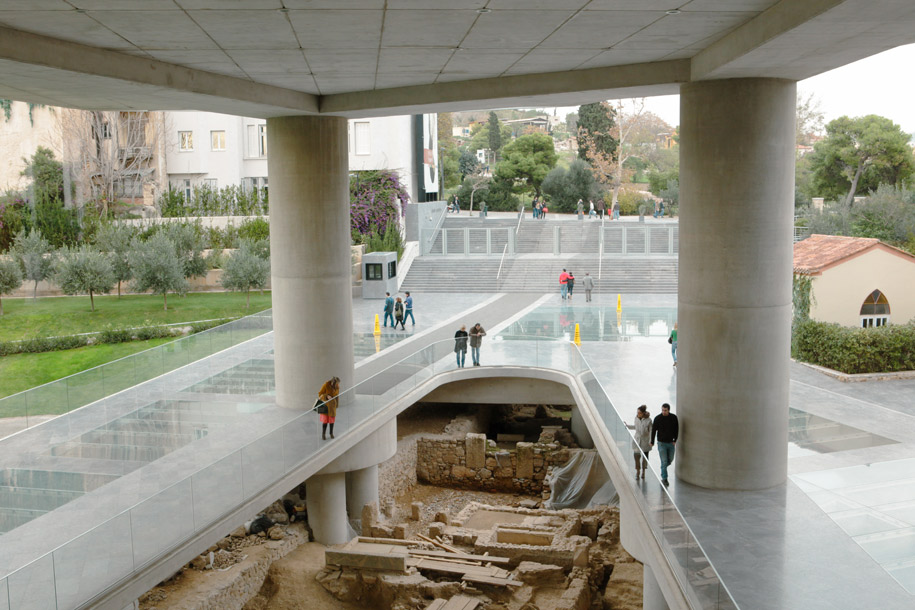 Syntagma Square, the central square of Athens, is also a short distance away. It was named after the Constitution granted by King Otto in 1983 and is surrounded by the most important buildings of the capital, such as the Greek Parliament, the Tomb of the Unknown Soldier, as well as many ministries.

The Tomb of the Unknown Soldier is guarded by the Evzones or "Tsoliades", who wear the traditional Greek uniform and are trained to remain still throughout their shift. The duties of the Presidential Guard are mainly ceremonial in nature, and changing the guard in front of the monument is worth your stay on the site.

In the streets adjacent to Syntagma Square, such as Vasilissis Amalias Avenue and Stadiou Avenue, you can continue your tour, do your shopping at Ermou Street, the most prominent pedestrian shopping street in Athens where small and large clothing stores, footwear, and shoe stores are hosted and many other types and enjoy your food or drink in the countless restaurants and small café-bars of the area. 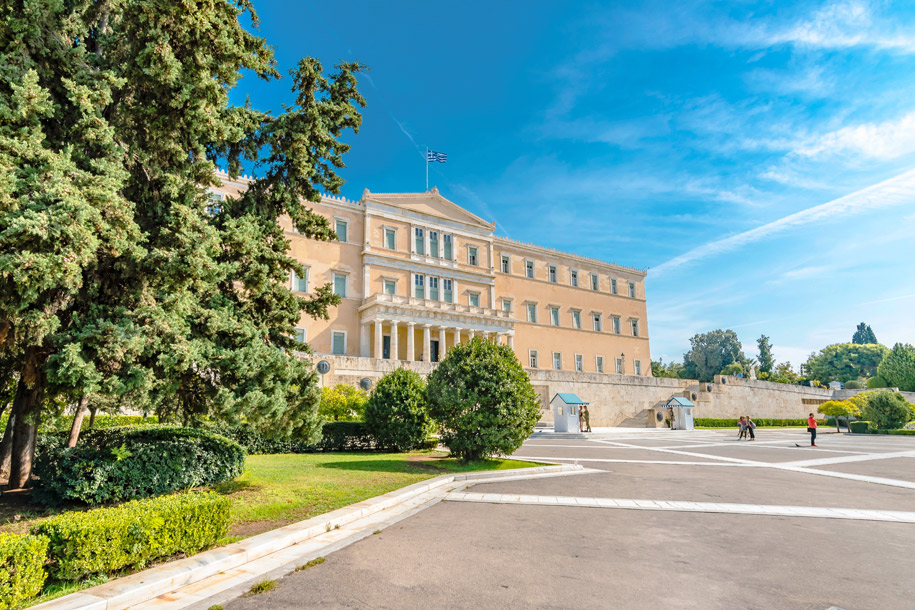 Exarcheia and Kolonaki are the two most popular areas of the city, which are also a big "dilemma" of the Athenians, with Ippokratous Street being the "natural border" between these two areas. Two regions, two different worlds! If you wish for a more "calm" situation, Exarcheia is exactly what you want. At the same time, if you prefer expensive shops and a more "sophisticated" lifestyle, then all roads lead to Kolonaki, where you may drink your coffee next to a famous personality of the Greek or international scene! 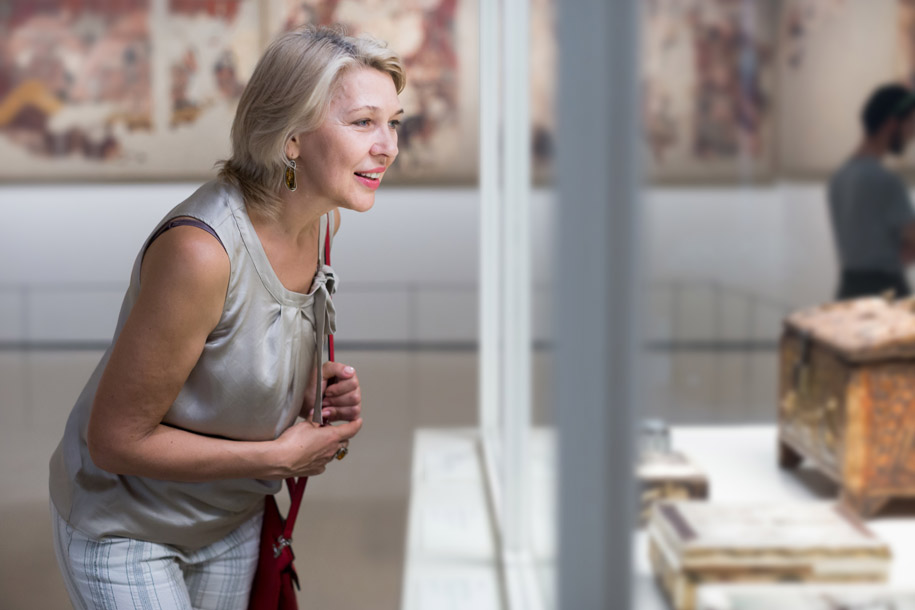 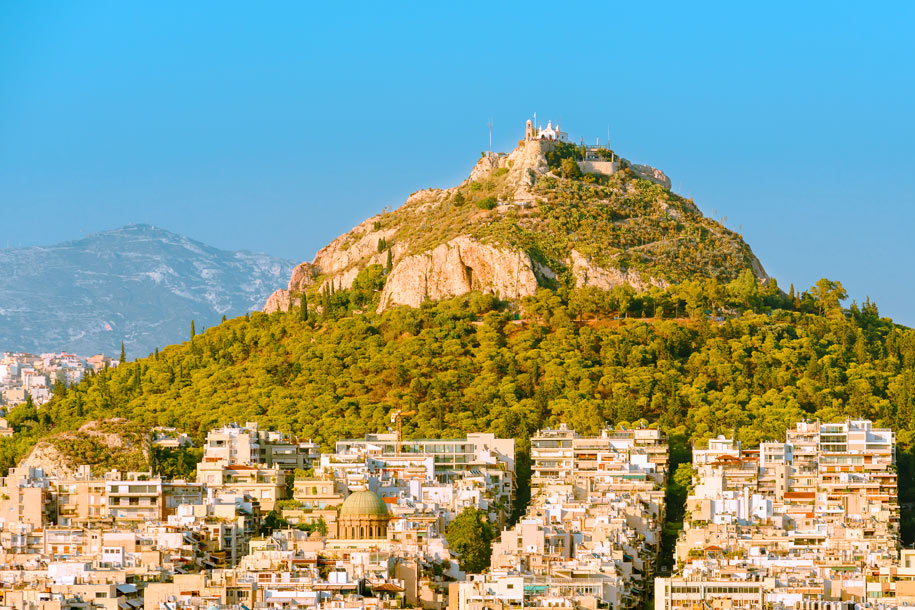 Just a breath away from Enattica Syntagma Living, you can find the National Garden that extends between the districts of Kolonaki and Pangrati. There are lakes with ducks, a small zoo, a cafeteria, the children's library, and a playground, and is open to the public from sunrise to sunset. 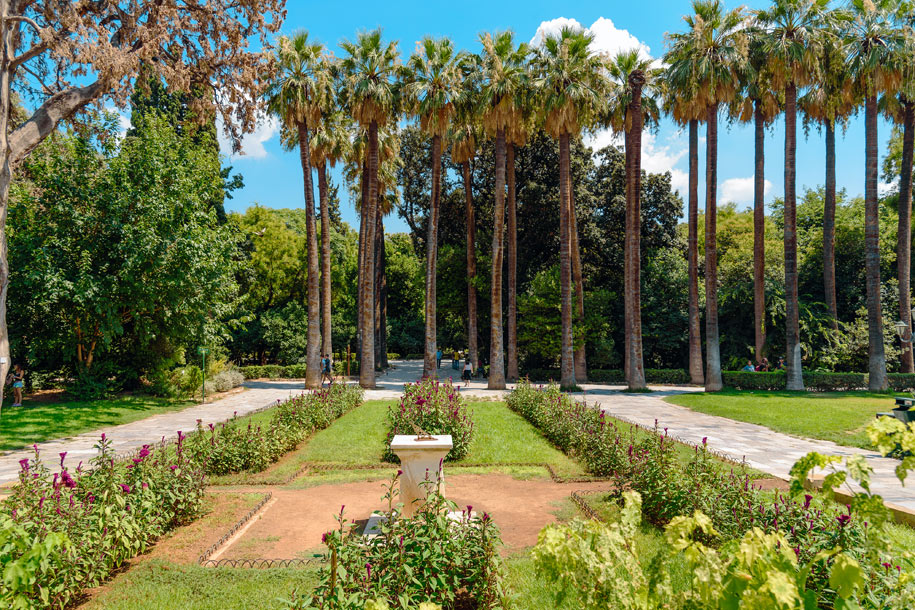 But what distinguishes Athens and is known worldwide is nothing but the constant and everyday energy that the city exudes! Smiling and hospitable people, ready to help guests find their way into the city and suggest places for fun! Athens is a city that never sleeps and has countless entertainment options for all tastes and all hours of the day!